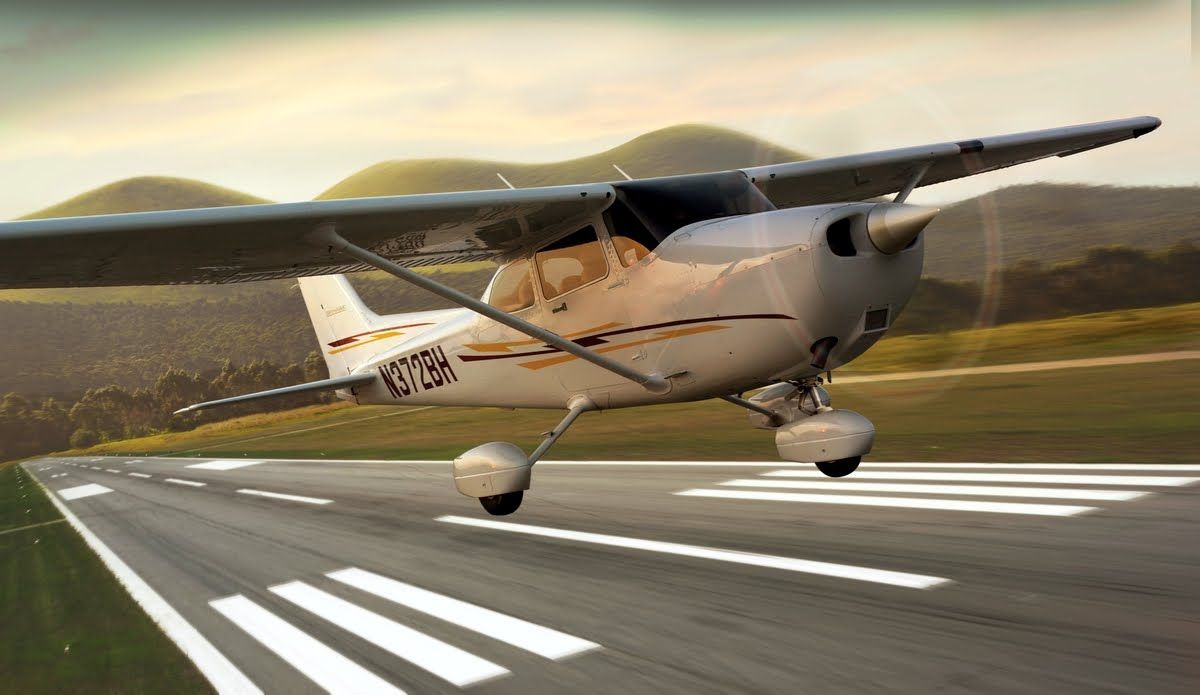 Our goal as a club is to make flying available, affordable and ensure safety by facilitating ongoing flight proficiency and training for all our members.  Member certified flight instructors and pilots are available for:

Whether you are a pilot, rusty pilot, or learning to fly, pilot proficiency increases overall safe flying. 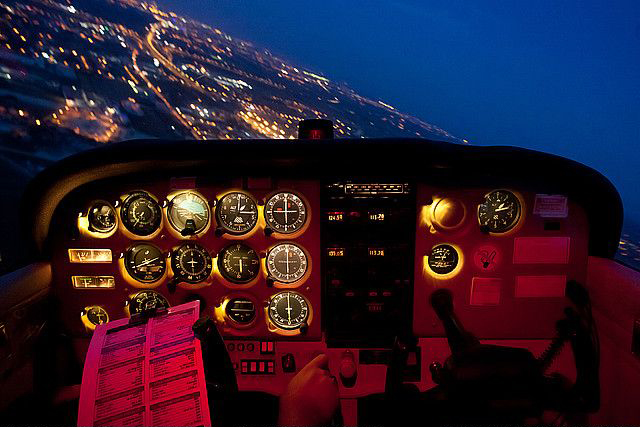 You can fly in weather conditions and navigate using only instruments.  Instrument Flight Rules (IFR) training is not required, but is the natural next step after you are licensed to fly.

An Instrument rated pilot has the ability to fly thru or above clouds, or in fog, rain, dust and other low-level (IMC) weather conditions. 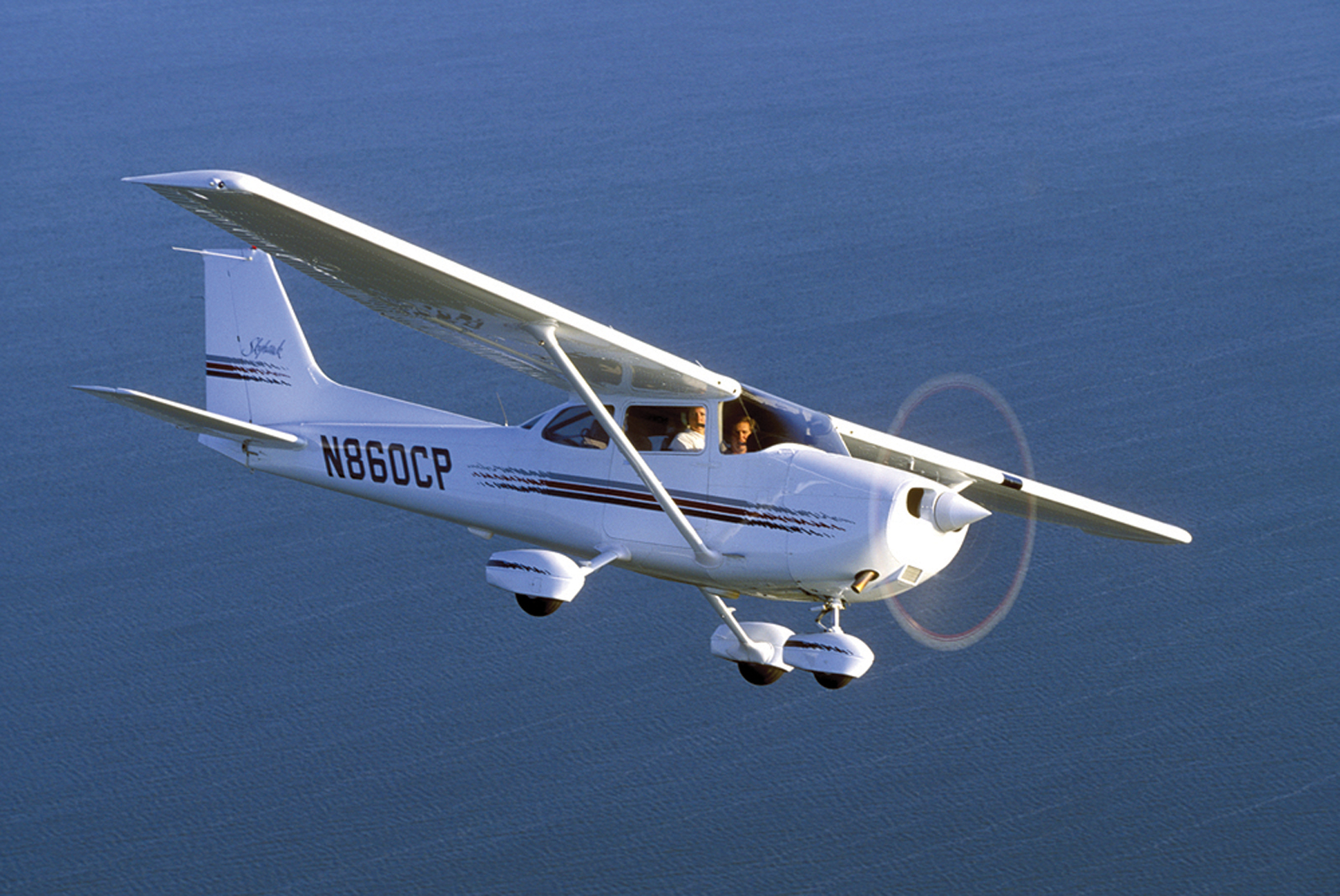 The Safety Officer of the RAFC works with AOPA, EAA, FAA and local CFI's to facilitate monthly safety seminars and webinars that Members and guests may attend (typically no fee).  A few recent examples are:

The #1 Training Plane in the World

The RAFC has selected the #1 training plane in the world - the Cessna 172 Skyhawk - for the exclusive use of our membership.

The Cessna 172 Skyhawk is an American made, four-seat, single-engine, high wing, fixed-wing aircraft made by the Cessna Aircraft Company in Wichita, Kansas.  First flown in 1955, more 172’s have been built than any other aircraft.

The Cessna 172 is considered one of the safest and most cost-effective training planes and is still in production today.  You can learn more here: Wikipedia - Cessna 172

Members of the Reedsburg Area Flying Club schedule flight time and flight instructors in an online flight scheduler.  This 'members only' portal is a powerful and convenient tool accessible online by any mobile device or laptop.

Members can check their reservation, see plane availability, book plane time, see CFI availability, and more in an easy to use application.  The portal is password protected and accessible by members 24/7/365.  (see screenshot) 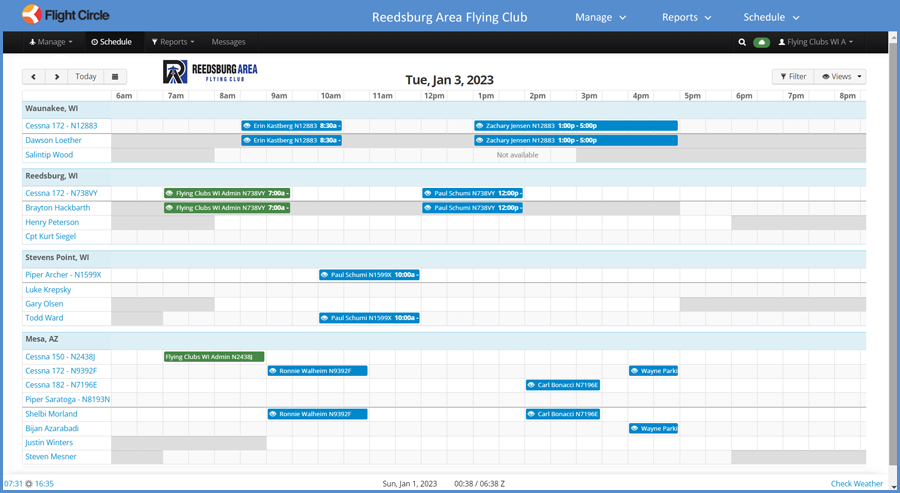 If you would like more information about flying with the Reedsburg Area Flying Club, call the RAFC hotline and speak to a member today.